The players of the academy of the former ATP number 1 show a great level in the first tournaments of the year.

The players who train at the Juan Carlos Ferrero Equelite Tennis Academy have started the year achieving great results despite having competed just a week so far this year.

Emilio Nava was the great protagonist of the week, being runner-up of the first junior Grand Slam  of the season. And he did it twice: He reached the singles and doubles final of the Australian Open Junior. 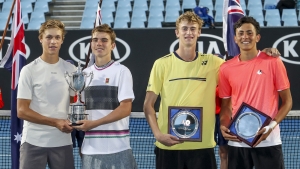 In the absolute category of the Australian Open, Pablo Carreño-Busta also achieved good results reaching the eighth in both categories, and falling in singles in an amazing match against Kei Nishikori.

In the ITF Futures category, the young Carlos Alcaraz showed that he is in great shape reaching his first semifinals in the absolute international tournament, defeating among others Alvaro Lopez San Martin (highest ranking 350 ATP)

In the junior circuit, other results were also highlighted: Alejandro Turriziani, 15 years old, was proclaimed finalist of the ITF junior in Cairo and champion in doubles, along with Carles Hernández, also player of the academy. 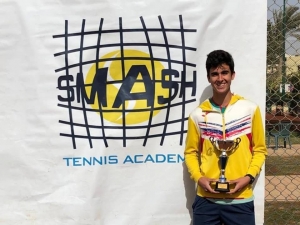 Good results have happened throughout the international circuit, in both singles and doubles. And even at national level with the little ones. The under14 players of the Academy reached the final of the Team Championships of the Valencian Community, thus guaranteeing their promotion to the first category.

A great start of the year for the academy that demonstrates the great level of its players. People expect a lot from them this year.